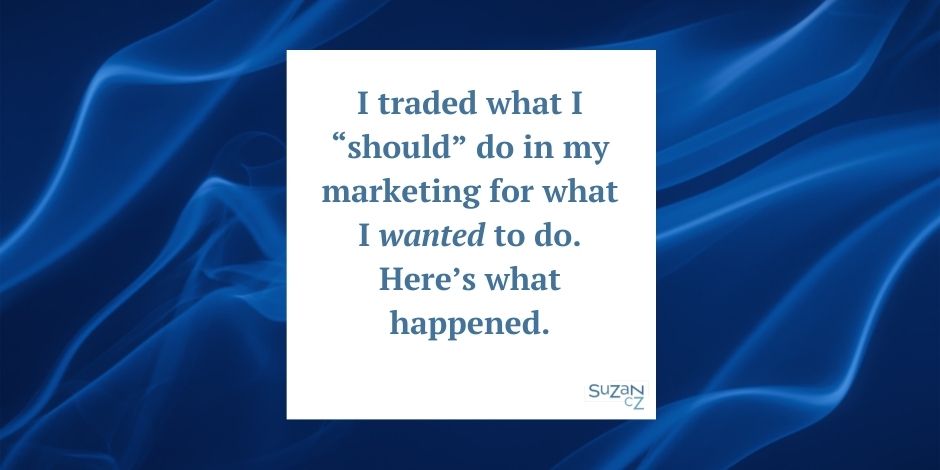 During the last holiday season, I took advantage of some downtime to think about how I’m marketing my business. And something rose to my attention fairly quickly:

I have been focusing on what I thought I should do.
Simultaneously, I’ve been ignoring things that I want to do.

For instance, I’ve been focusing on doing formal launches to invite people into my membership, which I realize needs to happen but also find incredibly exhausting.

At the same time, I’ve been thinking for months about running some low-cost, one-off workshops on tightly-focused topics that my audience could take action on immediately. But I’ve been setting this idea aside because it isn’t on my marketing to-do list and therefore could not take priority.

As I noticed this, I also realized how it was making me feel. Doing a classic launch of my membership - something that I think of as needing to do because “this is the way” - just felt heavy.

But running a low-cost workshop sounded light and FUN!

At that moment, I realized exactly what I needed to do. I set aside the launch and focused on running a workshop.

And you know what? It WAS fun!

And here’s what I noticed:

In the world of marketing small businesses, there’s a tendency to do what we see others doing.

There are a variety of reasons for this including (but not limited to):

Honestly, following someone else’s process and doing what everyone else does is easier than carving our own path, especially if we are not in the business of marketing but rather having to do it because we have a business that needs to be promoted.

However, all of these reasonings for following in other people’s footsteps have some flaws that I think we tend to ignore, including:

Now to be clear, I am not saying that we shouldn’t look at or even do what other people are doing. There is power in the collective of blogging and video and social media and showing up where everyone else is hanging out.

What I am saying is that instead of following in someone else’s footsteps and executing in the exact same way, we should use what other people are doing as a guideline or even a template rather than a step-by-step process.

That leaves us the room to show up authentically in our own messaging and do things in our own unique way.

So when you see something that is working for someone else, instead of trying to emulate it exactly, what if you ask: “Which aspects of this could I bring into my own marketing?”

Because here’s the thing…

When I set aside my membership launch so that I could run a small, low-cost workshop, my entire demeanor around my marketing changed. I was suddenly focused, driven, and excited! I spent days very happily getting the backend of the workshop set up, my content came to me more easily, and I woke up every morning looking forward to working on all of it.

And then the workshop was really well received (yay!) which means I’ll be doing more of them.

How we feel about our marketing impacts how we show up, and that impacts our success.

And so I’m curious: What are you doing in your marketing simply because you think you should, and what might you do instead if you loosened the reins up a bit and followed your gut?

Do you ever feel like marketing is for extroverts? 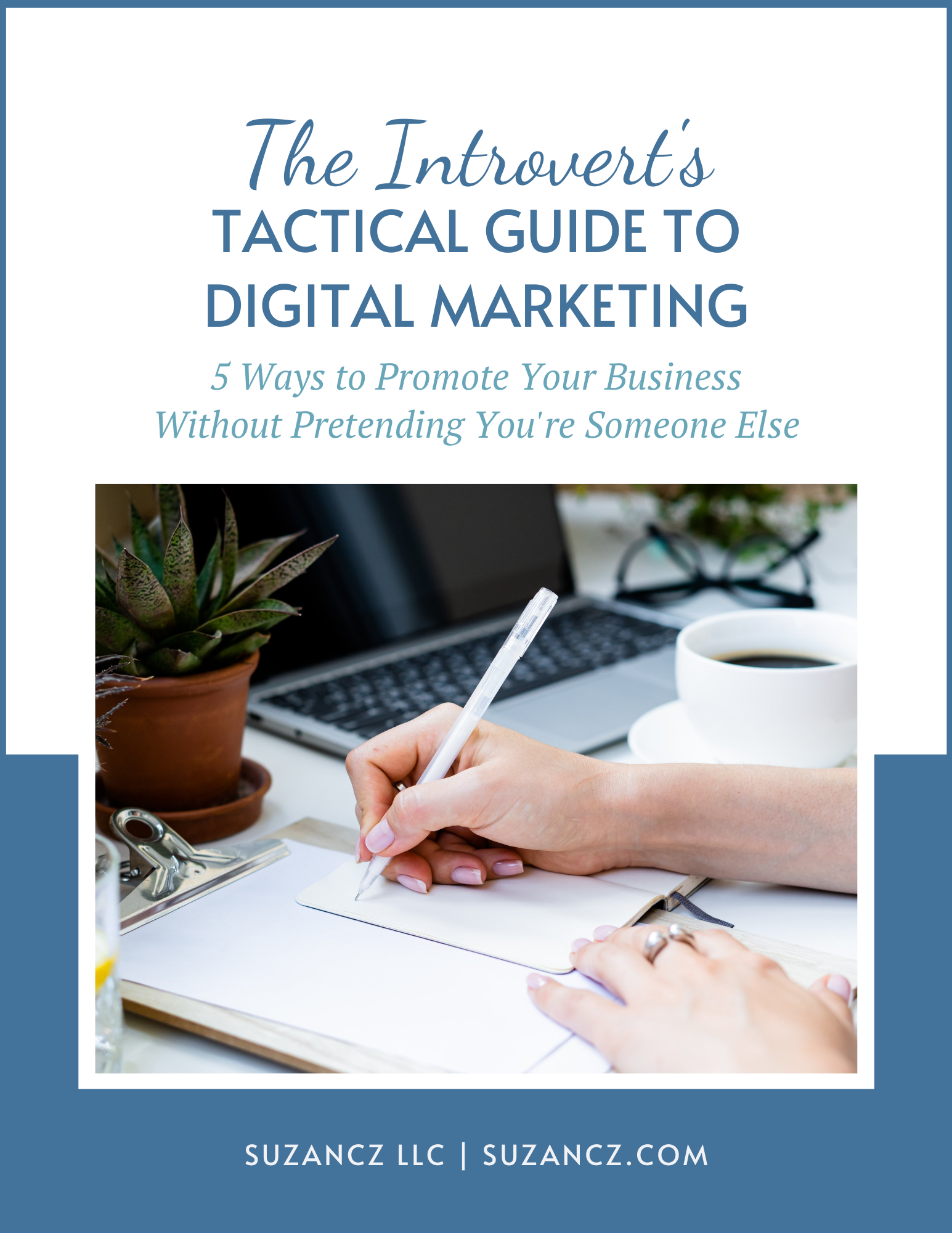 As an introvert, all of those marketing activities that require you to be outgoing and "on" all the time don't come easy for you.

But what if you could focus on marketing tactics that are ideal for an introvert? Activities that allow you market your business in a way that works best for your style?

That's what this guide offers.

Select the tactics that fit you best, apply them to your marketing, and create a sustainable strategy that will help you build your business.

GET THE FREE GUIDE!

Focus on marketing tactics that are ideal for introverts like you.